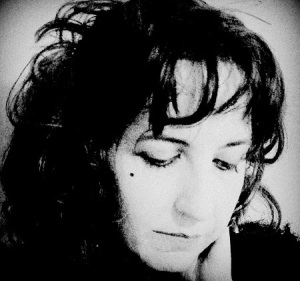 Colette has been writing poems, short stories, and novellas since grade school. She devoted fifteen months traveling to Britain and researching Regency England, as well as vampire lore and literature, to complete her first full-length novel Pulse and Prejudice (Austenprose Readers’ Choice, Top 5 Books of 2012).

Pulse and Prejudice has been meticulously researched for historical accuracy and remains faithful to nineteenth century literary conventions and Jane Austen’s narrative to create a compelling, thrilling paranormal adaptation of Pride and Prejudice.

Pulse and Prejudice is the 1st Place Winner in its category in the 2013 Chatelaine Awards Romantic Fiction Contest and is listed in Chanticleer’s 2013 Best Book Listing.

Colette was selected a “2013 Amazon Breakthrough Novel Award” Semi-finalist and named “Debut Author of the Year” in 2012 by Austenprose for her novel The Proud and the Prejudiced (previously titled All My Tomorrows), which was also chosen Austenesque Reviews “Favorite Modern Adaptation” for 2013 and voted a Top 10 Romance Novel of 2012 (P&E Readers’ Choice).

Colette’s latest release, the romantic thriller Alicia’s Possession, was the publisher’s #1 Bestselling Romantic Suspense for 4 straight weeks following its debut in June of 2013 and then again in January, 2014, after being voted a “Top Ten Romance Novel of 2013″ (P&E Reader’s Choice).

Colette’s next release is the romantic noir thriller The Widow.

Colette is currently researching and writing a sequel to Pulse and Prejudice entitled Dearest Bloodiest Elizabeth, which follows the newlywed Vampire Darcy and his bride Elizabeth from Britain to Antebellum New Orleans.

She lives in South Louisiana with her historian husband and their two dogs.